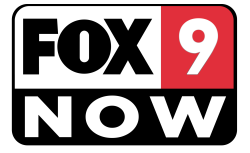 KNIN-TV is the Fox-affiliated television station for Idaho's Treasure Valley. It broadcasts a high-definition digital signal on VHF channel 10 (or virtual channel 9.1 via PSIP) from a transmitter at the Bogus Basin ski area summit in unincorporated Boise County. The station can also be seen on Cable One channel 9 and in high definition on digital channel 485. As a Fox affiliated station, it is important to note that KNIN receives Fox programming e.g. primetime and sports viewing. All news and political affiliations are separate from KNIN and do not represent the station. KNIN FOX9 is owned by Gray Media Group, Gray Television is a leading media company that owns and operates high-quality stations in 113 television markets that collectively reach 36 percent of US television households.