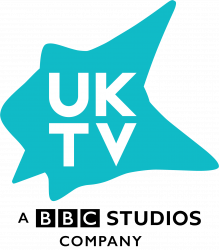 UKTV has been at the forefront of branded television for over 25 years, entertaining the nation with programmes they love. Its leading brands -  Dave, Gold, W, Drama, Alibi, Eden and Yesterday - span comedy, entertainment, natural history, factual and scripted drama, and are delivered to audiences through UKTV Play, Freeview, Sky, Virgin Media, BT, TalkTalk, YouView, Freesat and Amazon Fire. The broadcaster is a significant investor in British creativity and is committed to working with new and established writers, directors and programme-makers.

UKTV is part of BBC Studios, the UK’s most-awarded production company, a world-class distributor with international branded services, and a commercial subsidiary of the world’s leading public service broadcaster, the BBC.

Full time
Creative - VoD
UKTV Media Ltd London, UK
Description   We have an exciting opportunity for a Creative (VoD) to join the Creative team.  We are looking for a highly-ambitious and driven midweight creative to join us at UKTV.  As a Creative at UKTV, this is an exciting opportunity to become part of an award-winning team where you will be instrumental in bringing to life campaigns and realising an overall creative vision for the UKTV network.   In this role you will get to: Reporting into one of UKTV’s Creative Managers, you will be responsible for generating creative across a mix of diverse platforms.  Your work will vary working across large-scale multifaceted integrated campaigns from shooting with talent to simpler, but no less important assets such as ingenious low-budget solutions to brief or content-based on-air promos. We are looking for someone who has: The successful candidate must have at least 2/3 years Creative experience in the creative broadcast...

Full time
VoD Network Executive
UKTV Media Ltd London, UK
Description We have an exciting opportunity for a VoD Network Executive to join the VOD/Digital team. The VoD Network Executive supports the VoD Network Managers with UKTV’s on-demand scheduling and editorial efforts across Pay TV and FTA platforms, whilst working with teams across all levels of the business to deliver on UKTV’s strategic commercial objectives. They act as a central point of contact for teams across UKTV and at partner platforms and work towards ensuring network and platform targets are met across the VoD scheduling function.  Core to the success of this role will be working closely with teams across all levels of the business to ensure smooth content delivery and optimal curation and presentation to consumers. This will involve collaboration with Operations, Insight, Programming and Marketing and Media Planning, to name a few, as well as liaising with content partners at external platforms to secure editorial feature support. This role will work alongside...

Full time
UI/UX Designer
UKTV Media Ltd London, UK
Description We have an exciting opportunity for a UI/UX Designer to join the Commercial team.  You will constantly be striving to improve the product, being influenced by new technology and the constantly changing VoD landscape.  This is a great chance to work for a forward-thinking media company, supporting the UX/UI lead to shape the future of television with high profile consumer-oriented products across a number of platforms.  In this role you will get to:  Evolve and support the user experience across our direct to consumer digital products  Look after design projects from concept to implementation across web, mobile and TV applications  Rapidly develop concepts, sketches and prototypes for testing  Translate concepts into UX flows, wireframes and visual designs and work closely with the development team to get them launched  Collaborate with product owner, project managers and design colleagues in running workshops, user research and testing  Create...

Full time
Head of Marketing
UKTV Media Ltd London, UK
Description We have an exciting opportunity for a Head of Marketing to join the Marcomms team. The Head of Marketing reports to the Marketing Director and the Channel Directors for Dave and W and is primarily responsible for the growth and strength of the award-winning channel brands – Dave and W, as well as the recruitment and retention of audiences through the shaping and execution of effective marketing strategies & plans. As an intrinsic, senior member of the multi-functional Channel team (led by the Channel Director), this role works in close partnership with the Marketing Director and Channel Director, to drive the brand strategy and the marketing approach for promoting and growing the channel brands both on-air & off-air, with direct responsibility for the brand and marketing performance.   This role leads a team of seven, consisting of channel marketers and on-air media planners, who maintain a functional line of accountability into the Director of Media...

Full time
Assistant Brand Manager - Drama & Alibi
UKTV Media Ltd London, UK
Description We have an exciting opportunity for an Assistant Brand Manager - Drama & Alibi to join the Marketing team. The Assistant Brand Manager reports into the Marketing Manager, working across Drama and Alibi's multi media marketing campaigns helping to deliver against the brand's key business objectives. The ABM is an integral part of the Marketing team and will be responsible for the day to day delivery of marketing campaigns for both Drama and Alibi's wide range of shows and it's overarching brand activity, seeing campaign work through from planning to evaluation. In this role you will get to: Create campaigns that drive audiences to the channel, UKTV Play and On Demand, bringing the brand’s positioning to life Lead multiple projects concurrently from inception to implementation, marketing delivery and evaluation Collaborate across teams, functions and agencies - bringing teams together to help deliver best-in-class marketing campaigns Build strong...

Full time
Commissioning Executive - Comedy Entertainment
UKTV Media Ltd London, UK
Description We have an exciting opportunity for a Commissioning Executive - Comedy Entertainment to join the Commissioning team.  This role will help UKTV to continue finding the best comedy content ideas for all platforms, primarily for Dave & Gold. You will oversee a slate of programmes across multiple platforms (Linear, Digital, Podcasts) as directed by the senior commissioner for comedy entertainment and ensure they are delivered in accordance with the agreed editorial specification.  You will ensure the programmes under your management, reflect the driving imperative of the commissioning department which is to deliver innovative commissions on all platforms.  In this role you will get to:  Develop new and original comedy entertainment content.  Identify and nurture talent. Work with the Senior Commissioner for Comedy Entertainment to execute the commissioning strategy for the genre  We are looking for someone who has: Is a fresh thinker/disruptor...