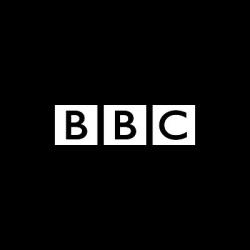 The BBC is the world’s leading public service broadcaster.

We’re impartial and independent, and every day we create distinctive, world-class programmes and content which inform, educate and entertain millions of people in the UK and around the world.

We do this across:
- A portfolio of television services, including the UK’s most-watched channel BBC One, the pioneering youth service BBC Three, and our multi award-winning channels for children, as well as national and regional television programmes and services across England. Northern Ireland, Scotland and Wales
- Ten UK-wide radio networks, providing the best live music broadcasting in the UK, as well as speech radio which informs, educates and entertains. We also have two national radio services each in Scotland, Wales and Northern Ireland and 39 local radio stations across England and the Channel Islands, providing an invaluable and unique service to listeners across the UK.
- Our digital services including BBC News, Sport, Weather CBBC and CBeebies, iPlayer and BBC Sounds, BBC Red Button and our vast archive
- BBC World Service television, radio and online on more than 40 languages

Email me jobs from BBC