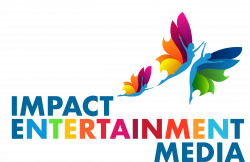 Impact Entertainment Media (IEM) is a Creative House and Production Company. After two years of intense research and show development, IEM was founded with a clear directive – to make a difference. With more than 40 original formats in development, we are forging partnerships to produce, co-produce and distribute content with purpose.

Despite content taking the world by storm and TV shows reaching billions of people, there are very few shows responding to the concerns of millennials and other young viewers. Big ideas and solutions to major environmental and social issues, inequality, gender equality, pollution, migration and populism amongst others are systemic problems that are not getting dealt with. They lack exposure and coverage in TV programming and in streamed media.

These issues will dominate the agenda in the coming decade. Surveys confirm that younger generations and many others want to see these topics represented at the heart of the story-lines of what they watch, not just sidelined in documentaries.

We chose the UAE as our base to be at the cross-roads of Asia, Africa, Middle East and Europe. Its melting pot of nationalities reflects our company’s DNA. As one of the new hubs of global society, the UAE is infused with optimism and creativity, supported by a forward-thinking government committed to multi-cultural tolerance and sustainability. The UAE’s can-do attitude is a role model in the developing world.